A downloadable game for Windows

A 2D Open World Adventure game where the goal is to have fun! Build, mine or explore the world, it's up to you! NOTE: This game is in active development, and this is in no means the finished product. There is a lot to come, this is just a pre-release!

Sorry about how jumbled this is, I couldn't think of a way to efficient defragement it.

Increase the player's jump height as well to help with the increased gravity. Reduce their view range so it is easier to control the character and to mine and build.

I notice that to jump you change the character's y position. This makes it very jerky and i suggest adding a velocity function that checks whether the player has no vertical velocity before allowing them to jump.

In terraria they have items which allow you to temporarily ignore this restriction (double jump) but as a developer i know how hard seemingly trivial things are and how easy seemingly mind-boggling problems can be.

A velocity mechanism will also help you with the future addition of other moving objects such as minecarts.

I am currently working on a Java version of the game, which I feel will work way better. Thanks for the suggestions; I will take them into account when making the Java version. 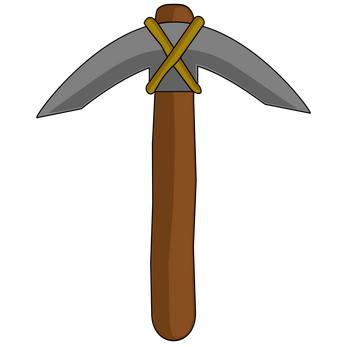